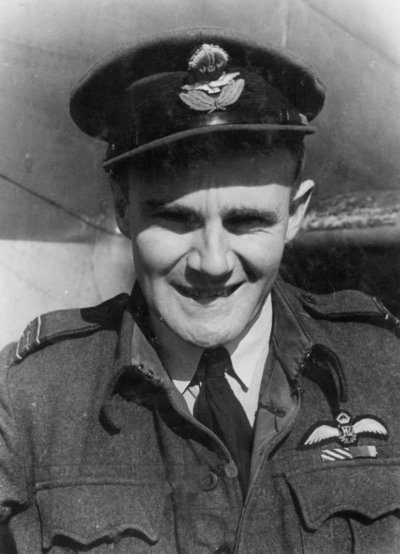 Jimmy Sheddan was born in Waimate, New Zealand, on 3 March 1918. He worked as a farmer before he joined the Royal New Zealand Air Force (RNZAF) on13 April 1941.

He trained in New Zealand, graduating as a Sergeant Pilot and sailing for Britain in January 1942. After an advanced flying course Sheddan converted to Spitfires and in early October 1942 joined 485 Squadron at Kings Cliffe. In January 1943 Sheddan was posted to No. 1 Aircraft Delivery Flight at Croydon and flew a great variety of aircraft whilst with the unit.

He joined 486 Squadron at Tangmere in May 1943, the start of a long and exciting association. On 3 October 1943 Sheddan’s Typhoon was hit by flak over the French coast on an afternoon sortie. He ditched in the Channel off Barfleur and was in his dinghy for nineteen hours before being picked up by an Air-Sea Rescue Walrus amphibian aircraft. Unfortunately it crashed on take-off and Sheddan and the Walrus crew were later picked up by an ASR launch.

In April 1944 486 Squadron began to re-equip with Tempests and became operational on 1 May. Sheddan claimed the destruction of eight V-1s during the summer of 1944. On 5 July, after destroying a V-1 in the Eastbourne area, he had successfully attacked a second and was following it down when another Tempest came in from above and fired at the already-stricken flying bomb. Spent cannon-shell cases ejected from this aircraft fell across Sheddan’s line of flight and one fell into his oil cooler intake causing the engine to cut. The Tempest crash-landed at Netherfield and Sheddan was admitted to hospital, seriously injured.

Sheddan rejoined the squadron some five weeks later. On 31 August he wrote off a Tempest when he crash-landed following engine failure. In late September 1944 the unit moved to Volkel in Holland but Sheddan remained behind to receive treatment for a cyst under an eyelid. After its removal he was declared tour-expired and was sent to a rehabilitation centre. Sheddan left after a month, was commissioned as a Pilot Officer and, refusing to accept that he was tour-expired, flew as a passenger to Holland where he rejoined 486 on 22 November.

On 1 January 1945 when it was reported that German aircraft were attacking Allied airfields. 486 was recalled to Volkel and in the ensuing action Sheddan destroyed a FW 190. On 2 February he shared in the destruction of a Do 217 with two other pilots. At the beginning of April he was awarded the DFC. During a dusk patrol on 6 April Sheddan saw a Ju 87 attacking a bridge over the Weser at Stolzenau. He shot it down and then, emerging from cloud, saw another Ju 87 about a mile ahead. After two attacks in the face of return fire Sheddan saw the crew bale out, the enemy aircraft crashing just north of Steinhuder Lake. Eight days later he destroyed a FW 190 north of Ludwigshust and on the 16th he shared in the destruction of another near Neustadt. At the end of April 1945 Sheddan was given command of 486 Squadron - a remarkable rise in rank from Warrant Officer to Squadron Leader in six months. He scored his final victory on 2 May 1945, when he shared in the destruction of a BV 138..

Sheddan returned to New Zealand in early 1946 and was released from the RNZAF on 13 April 1946. On the 9 December 2010 Jim Sheddan passed away at Whangaparaoa, north of Auckland. 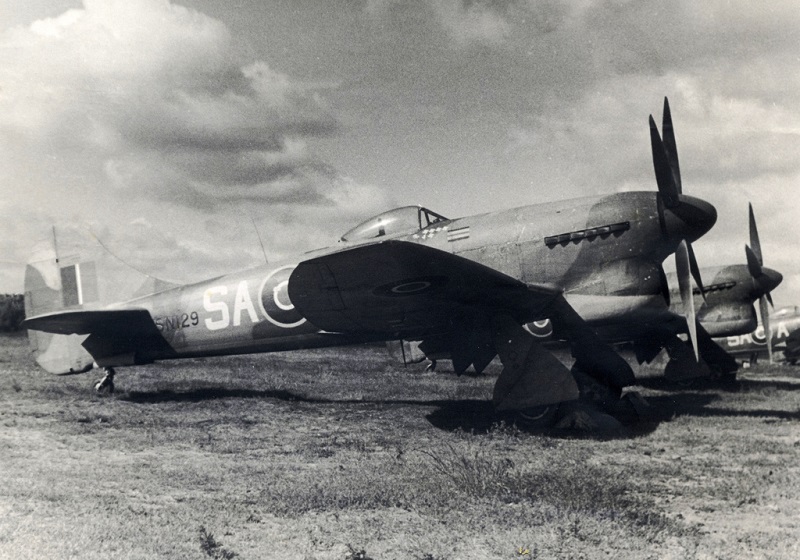 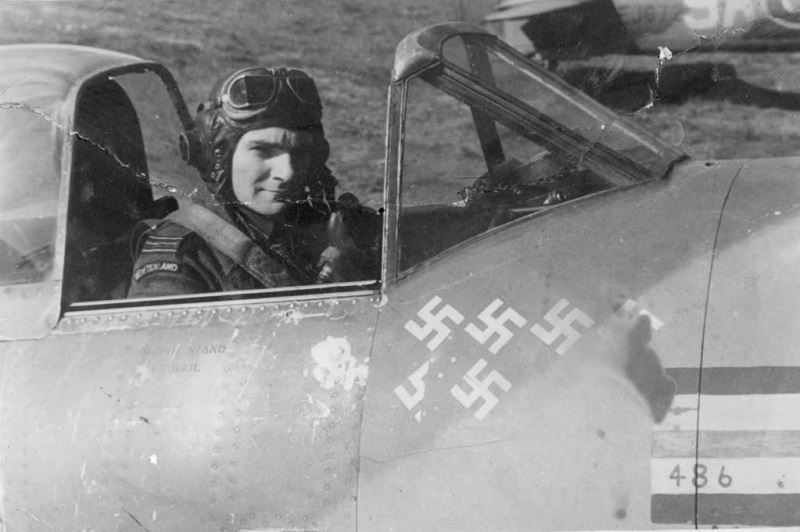