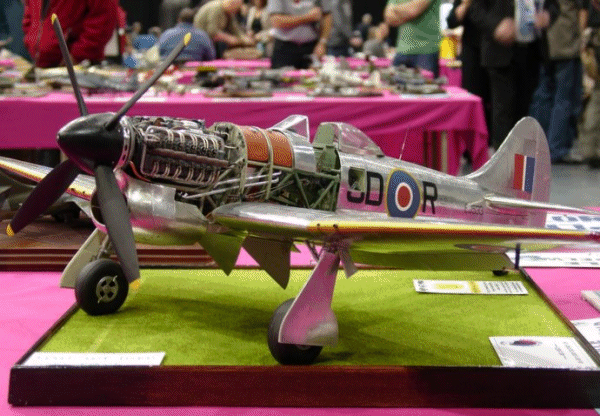 "Occasionally I feel this temptation to deviate from the main subject of this site (the Spitfire) to show other subjects, and this time for a very good reason!

This 1/20 model of the Hawker Tempest Mk. V made its public debut at IPMS UK Scale Modelworld 2009. Created by acclaimed modeller Alan Clark, the model is entirely scratchbuilt, complete down to the engine, interior detail and the various fittings. The model took about 4 years to complete.

The rear fuselage and radiator was formed from plastic sections. The framework of the front area was soldered from brass tubing. The engine was scratchbuilt using 40 thou plastic card; the cylinder heads and exhaust stubs were replicated in resin from single master patterns. Wings and tail were built up using 1 mm 3-ply structures, covered in plastic sheet. The entire model was covered in aluminium and pewter sheet to simulate the real metal skin. Insignia and markings for EJ533 SD-R, an aircraft which flew with No. 501 Squadron RAF to intercept V1 flying bombs, were entirely hand-brushed." 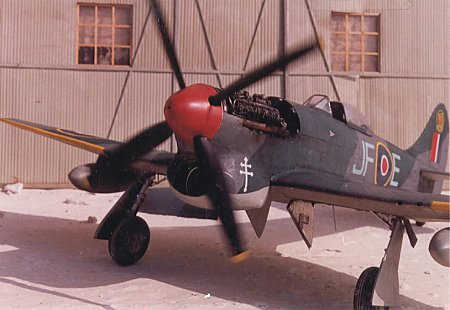 This fantastic model of Pierre Clostermann's JF-E is built by Guillermo Rojas-Bazán. Guillermo says at his website:
"No electric machines, no kit accessories, no laser cutters, and no computer were necessary for their construction. The only electric tool that has been used is a small compressor (for the airbrush used to paint the airplane). No decals were used. The aluminum is the raw material for the models' construction. This is really SCRATCHBUILDING !
My models are not just objects. My models are the result of thousand of hours of study, research, investigation and, multiple failures." 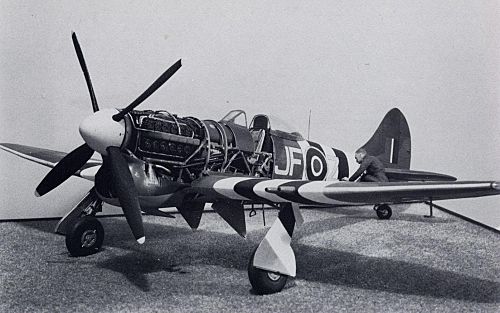 This is Peter Cooke's scratchbuilt Tempest in 1/24 Scale. It was the 1977 IPMS National champion in Australia. 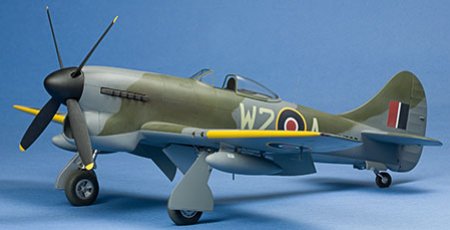 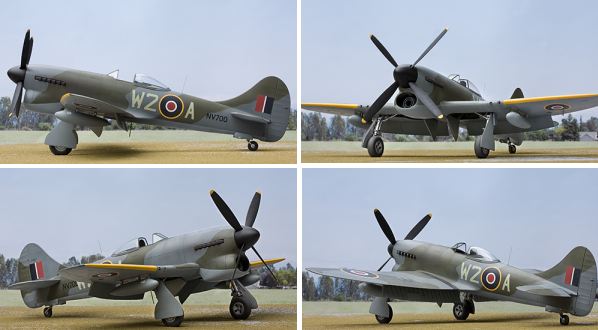 This scratchbuilt Tempest in 1/32 scale is built by Paul Budzik, USA.

The details of the construction and more photos are posted at Paul's website. 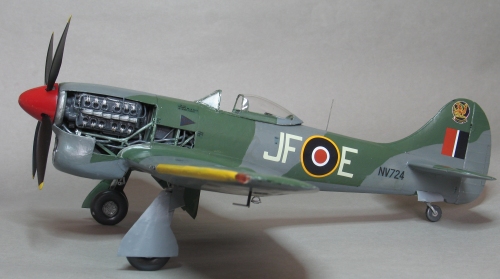 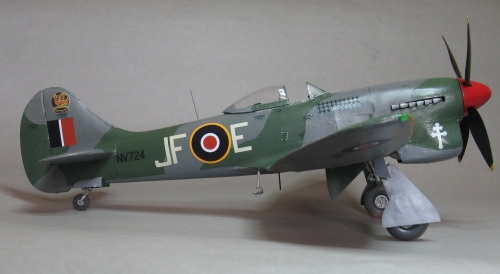 Tony Grand's Tempest in 1/32-scale. The model was scratchbuilt with just little help from Revell's Typhoon kit.
The model was featured in Scale Aviation Modeller Nov 2006.