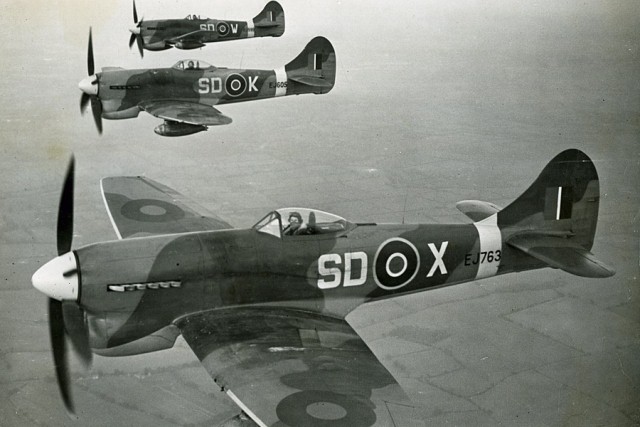 The Tempest Mk V prototype flew for the first time on 2 September 1942, with P.G. Lucas at the controls. Flight trials highlighted the need to restore lateral stability lost because of the extended nose and the prototype was modified with a fin fillet and increased span horizontal stabilizers.
It was realized that, although the Tempest V´s performance was less spectacular than anticipated from the other prototypes with there more advanced engines, all of these other aircraft would take far longer to develop to a point where they would be ready for production. A decision was made to concentrate Hawker´s efforts on the Sabre II powered aircraft in order to get the new fighter into operational service as soon as possible. In 1942 400 Tempests were ordered before the prototype´s first flight (originally Mk Is).

Tempest Mk V were built in two variants, Series 1 and 2. These are the differences:

The first 100 aircrafts (Series 1 with serialnumbers in the JN range) were manufactured at Langley in Buckinghamshire. The first production aircraft (JN729) made its maiden flight on June 21 1943.
The other 300 Mk Vs were built at the Gloster company and were Series 2 with EJ serialnumbers. Two further orders were placed, all Series 2 standard with NV and SN serialnumbers. 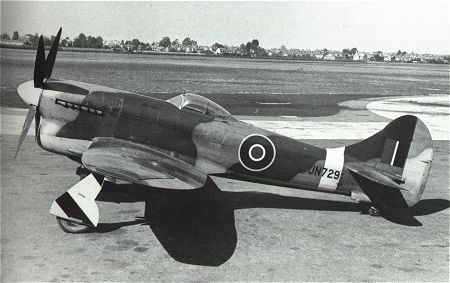