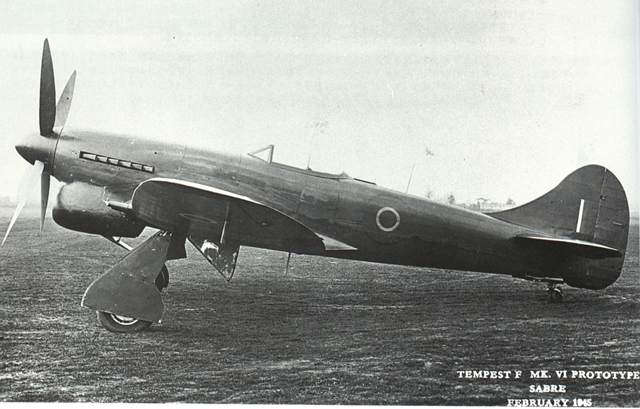 The Tempest Mk VI was basically a Tempest V airframe modified to accept the 2,340hp Sabre V engine. Externally similar to the Tempest V, the Mk VI featured wing root air intakes similar to those installed on the Tempest II. The use of wing air intakes, for the oil cooler and carburetor, left the nose area free to house a larger engine coolant radiator.
The Sabre V´s higher power output made it necessary to have this extra cooling which was especially important since the Tempest VI had been selected to be the standard RAF fighter for service in the Middle East.

The Tempest VI prototype (HM595, which had earlier served as the Mk V prototype) was initially tested during February of 1945. 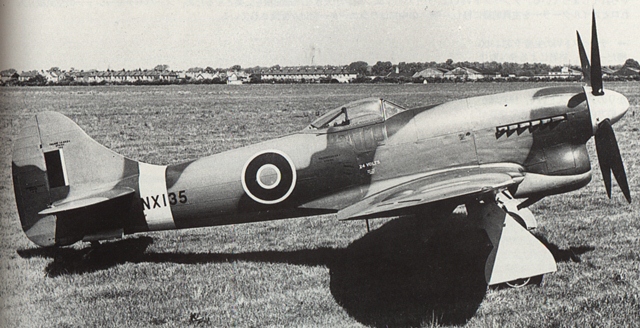