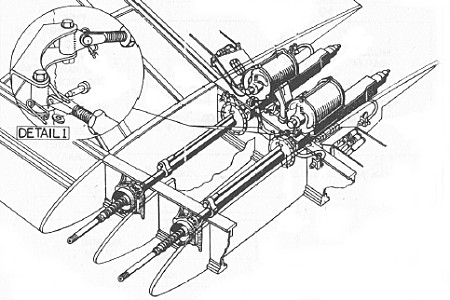 A Vickers 47 mm "P" gun was tested on a Tempest V (SN354) just after the war. The large cannons were faired into slim,

streamlined pods and carried on the bombracks. The tests revealed that the weapon had potential, but no production was undertaken.

Tempest Mk. V was tested and cleared to carry 8 zero length 60 lb ground attack rockets. But it was never used operationally during the war.

After the war, when used on Mk. IIs, the rockets were often mounted on zero length hooks. The rails spoiled the aerodynamics of the wing.