An account based on the personal recollections of Wing Commander Donald Michael (Retd) about his return from a mission during the 1947-48 Kashmir War in a Battle-damaged Tempest. 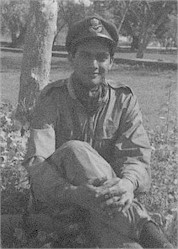 Fg Offr Donald Michael joined No.8 Squadron flying Tempest IIs in Sept 46, before going on to a coveted posting with No.4 Squadron which was at that time part of the British Commonwealth Occupation Forces at Miho in Japan. Don spent nearly an year with the Squadron, flying the Spitfire XIV with No.4. Towards the end of July 47, the squadron embarked on the troopship HMS Devonshire for the journey back to India. The members disembarked at Madras and then went by train to Kanpur. Most of the officers with the Squadron held emergency commissions given during World War II. As peace was now at hand, their future was uncertain in the Air Force. Many of them had requested their release from service, as there were opportunities available with civil airlines in India.. The newly appointed RAF C-in-C of the Indian Air Force , Air Marshal TW Elmhirst flew down to Kanpur to dissuade the officers from leaving the Air Force. Don Michael was one of the officers who was convinced by the promise of a permanent commission and withdrew his application for early release. It would be another twenty years before Don would have to hang up his uniform in retirement. At this time, Don Michael got his second posting again to No.8 Squadron RIAF in Jammu on the 3rd. Feb. '48. The Squadron had just then moved in to the theatre for operations.

No.8 Squadron was led by Sqn Ldr PS Gill, a veteran from the No.1 Squadron's first tour in Burma. He was a well-liked officer as he looked after the concerns of the squadron personnel quite well.

In Jammu, three RIAF Squadrons were actively engaged in operations against the Pakistani regular and irregular forces.

No.7 Squadron was in action from November 47. It was joined later by Nos. 8 and 10 Sqns in December 1947. The Tempests were involved in repeated attacks and tactical recce missions over Naushera, Poonch, Rajouri, Jhangar and Handwara areas causing heavy damage to enemy strongholds. The strikes over vital enemy strongholds at Pilandri, Domel and Kishan Ganga bridge had effectively stopped the enemy troop movements and literally paralysed them. All the three squadrons had about 8 Tempest IIs and 1 Harvard IIB-1 two-seater as unit establishment.

Left: Pilots and men at Jammu airfield, Don Michael is sitting fourth from the left, Dr. Mukerjee is standing tallest on the top in the back row.

The Official History records indicate that No.8 Squadron's serviceability remained low due to shortage of engine spares. The massive Bristol Centaurus Mk V sleeve-valved radial symbolized the peak in the development of the piston engine, churning out a mind-blowing 2,520hp. They also needed intensive maintenance from the ground crews, and spares consumption was unusually high during the conflict. The reason for the poor serviceability of the No.8 Squadron's engines lay not far from the mission profile of No.8's aircraft. Don Michael explains that the Tempests were only cleared to carry two 500lb bombs in the J and K sector 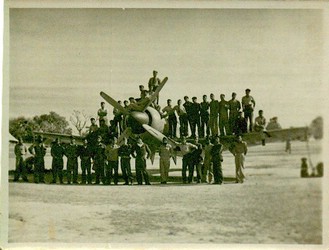 while operating from Jammu airfield. In the mountainous region, this munitions load had little impact against the kind of targets the RIAF were attacking.

To better support the Army needs, the pilots decided to use 1000 lb. bombs for all their missions. Now with two 1000-pounders slung underneath the Tempests, the length of the runway at Jammu was barely enough. The pilots could just clear the far fence by a few feet and that too only if they didn't use the filter.

Left: Pilots and airmen with a Tempest II at Jammu airfield during the operations. 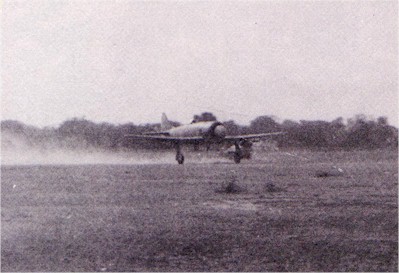 A Tempest II taking off from Jammu ALG.
Facilities at these airfields were a bare minimum.

A big thanks to Jagan Pillarisetti at BHARAT RAKSHAK for the permission to publish the story here.
Please visit his website to read more about Tempests in the Indian Air Force:

THE ROYAL INDIAN AIR FORCE IN THE KASHMIR OPERATIONS 1947-48