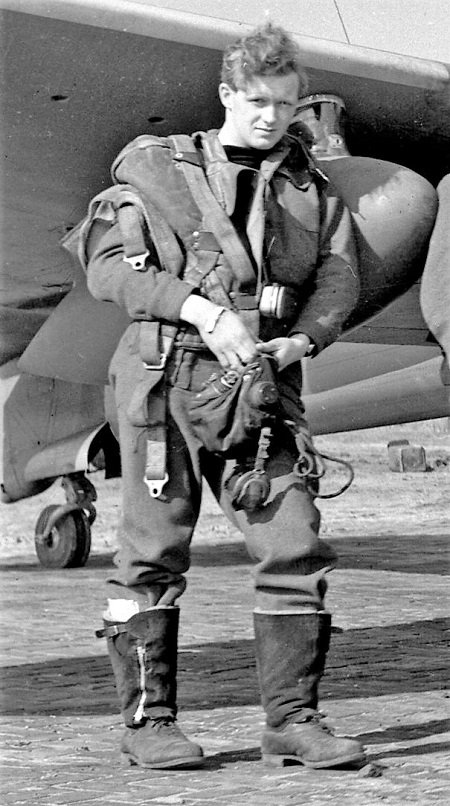 "Ginger" Eagleson from Auckland, New Zealand, joined No. 486 Squadron in November 1943. As a Warrant Officer gained much success against V-1s during summer 1944. He was then commisioned and was active over North-West Europe until practically the end of the war. He was awarded a DFC, gazetted on 8 December 1944.

On 2 May 1945 his Tempest SA-Q (NV722) was hit by FLAK and shot down. He survived and was captured, but at once managed to escape. Aprehended again next day, he escaped for a second time on 4 May, but a few days later the war ended.

In an interview shortly before his death Eagleson talked with a reporter from Napier's Daily Telegraph. He talked about his events of early May 1945. Possible to read in the book "Victory" by Max Lambert or here! 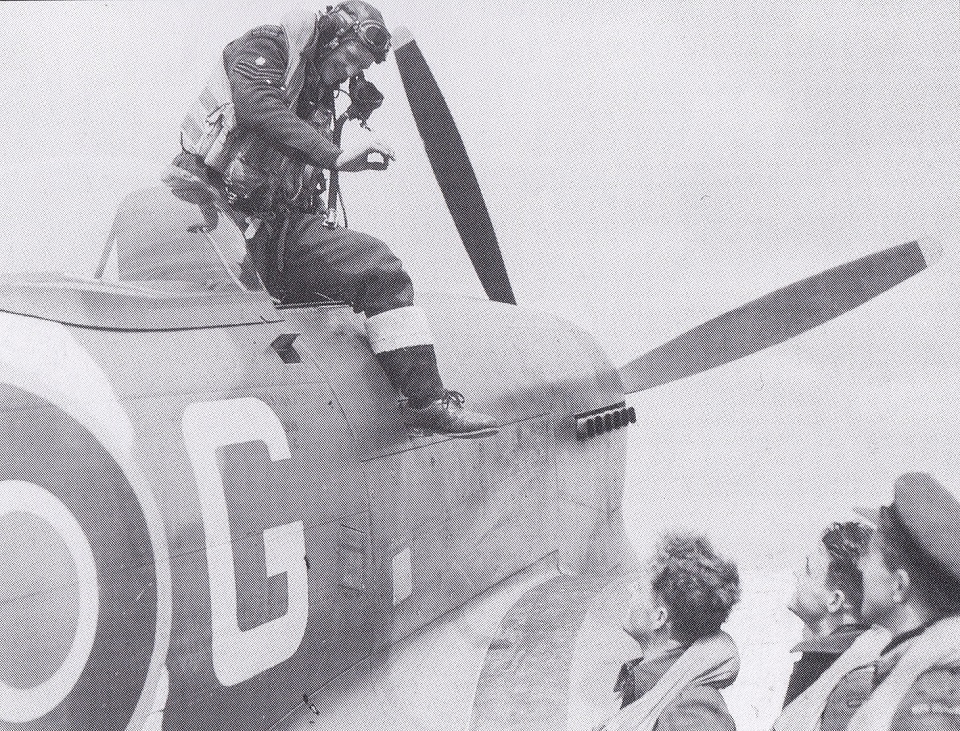