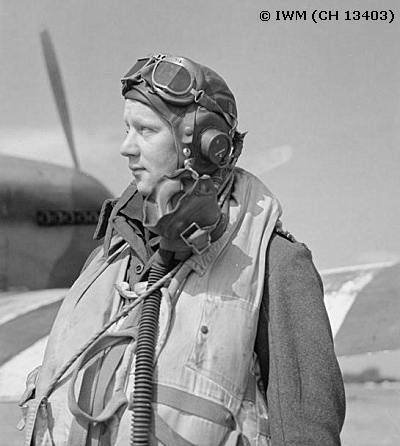 Arthur "Spike" Umbers was born in Dunedin on June 30 1919 and was a clerk before joining RNZAF in November 1940.

It's thought that he served first with 74 Squadron in late 1942/early 1942. Later in 1942 Umbers joined 486, which flew Hurricanes but re-equipped with Typhoon in July 1942. On 22 December Umbers shared in the destruction of a Do 217E fifteen miles south of Selsey. The enemy aircraft was set on fire, jettisoning a mine before crashing into the sea.

On 9 April 1943 Umbers shared in shooting down an FW 190 off Etretat. On 24 June the unit escorted fighter-bombers to attack the Luftwaffe airfield at Abbeville in northern France. On the way back five FW 190s appeared and attacked a straggling fighter-bomber. Umbers chased one of the enemy aircraft and despite determined avoiding action shot it down into the Channel off the Somme Estuary.

In early 1944 Umbers was posted to 3 Squadron, and the unit coverted to Tempests in April and began defensive duties against V-1s in mid-June. Umbers destroyed his first on 16 June and by the end of the campaign in early September he had destroyed 28 V-1s, making him the sixth highest scoring "diver" pilot. He was awarded a Bar to the DFC.

During Luftwaffe's attack on allied airfields on 1 January 1945 (Operation "Bodenplatte"), Umbers shot down two Fw 190's at Helmond. On 13 January he was himself shot down, by American anti-aircraft fire over St. Vith area. He made a forced-landing near Euskirchen. Umbers was killed on February 14 1945 when his Tempest (NV715) crashed in the Meppen area after being hit by flak. He was credited with four aircraft destroyed, two shared and two probably destroyed. 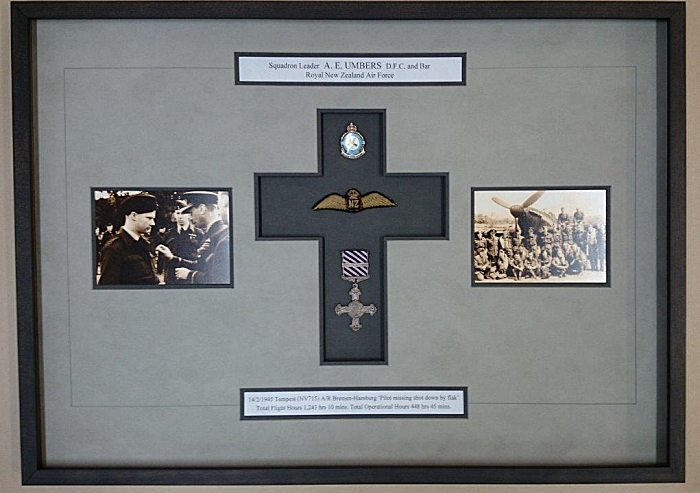 Jenny Campbell, Spikes daughter, has mounted his medals and some photos in a frame in his memory.