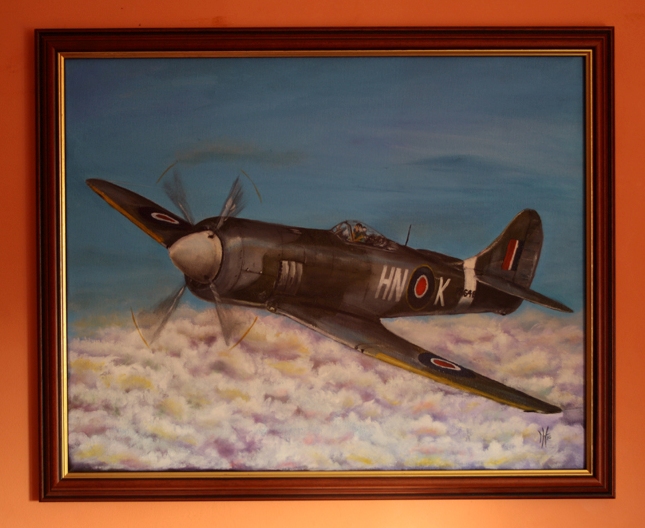 Julian Earl commissioned a painting of his uncle John Earl's Tempest Mk. II. It's painted by the professional artist Neil Higgs. Julian sent Neil copies of the pictures of John's aircraft plus other details. It will now have pride of place in living room!