Julian Earl found an old letter with photos from his uncle John Earl, who flew Tempest Mk. IIs with 20 Squadron in Agra, India, 1947. 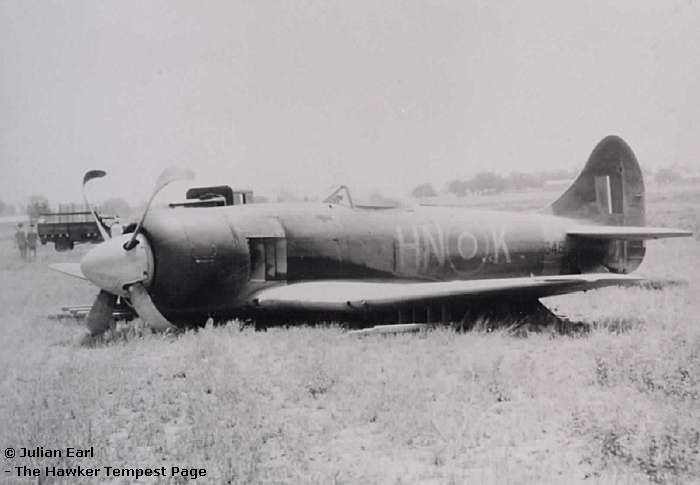 This is a photo of Tempest Mk. II HN-K PR648. Tubby Marshall bent the undercarriage in a practice forced landing on 21st June 1947. Marshall got airborne again, but had jammed the port-side undercarriage and then made an emergency landing.

John says in the letter he had crashed the very same aircraft just eight days earlier. On 13th June 1947 John landed heavily, burst a wheel and on his second attempt finished his landing run ending up nose down/tail up on the runway. He has always regretted not having a picture of his final outing. 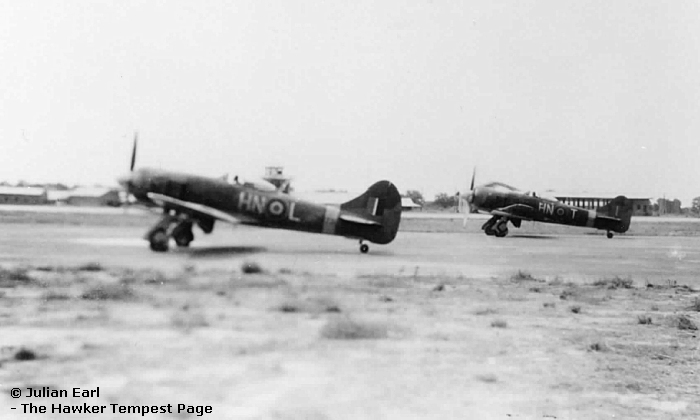 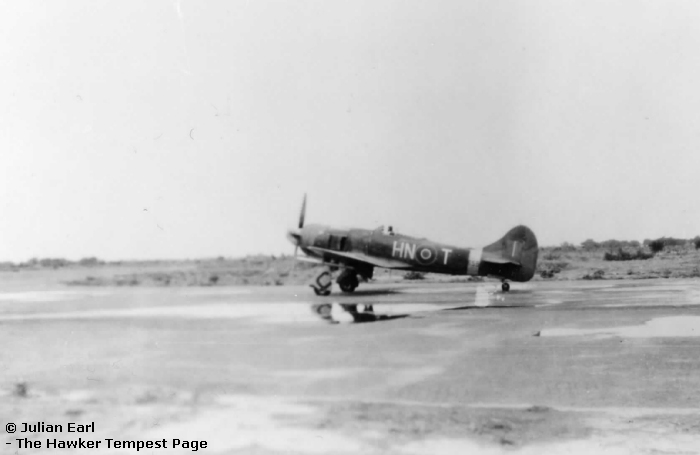 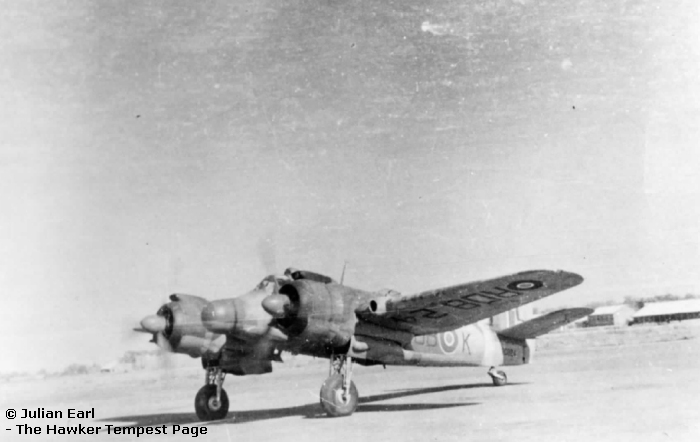