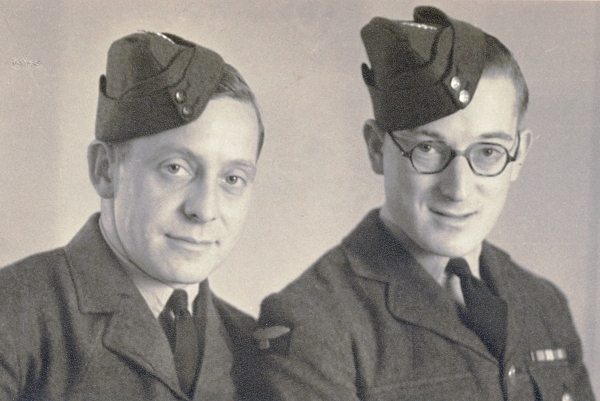 "My father Albert Lacey asked my niece in New Zealand to see what contacts there were for 486 Squadron NZRAF, as his brother Eddie Musselwhite passed away on 6th March 2014 aged 92.

Eddie was British and joined as an Air Mechanic on formation of the squadron, staying with it until it was disbanded in 1946, at which time he was near Copenhagen in Denmark. My father being 9 when the war broke out eargerly followed the exploits of the 486 and his elder brother.

Eddie kept in touch with all survivors for many years and according to his tally in England there is now only Aubrey Smith (93), whilst my niece found Harvet Sweetman (92) on the NZ side.

I hope this information will assist in recording the passing of Eddie, and I'm pleased to say that for his 90th birthday I took him to the RAF Museum at Hendon, where he could see the aircraft he had worked on. I also visited the NZRAF Museum some 20 years ago when on holiday and saw the 486 momentos there.

My father has Eddie's 486 squadron badge, which is a treasured memory for him. Attached is a photo with Eddie Musselwhite on the left and Aubrey Smith on the right, coincidetally the last 2 known survivors of the 486 in the UK, Aubrey being now aged 93.