Olaf Ramien, who lives in Kamp-Lintfort (Germany), read the story "Bill Balmforth, parachute packer" on this website and was moved by Flight Lieutenant Stark and his destiny. As he lives not far away from the Rheinberg War Cemetery he went to the Cemetery and took these photos: 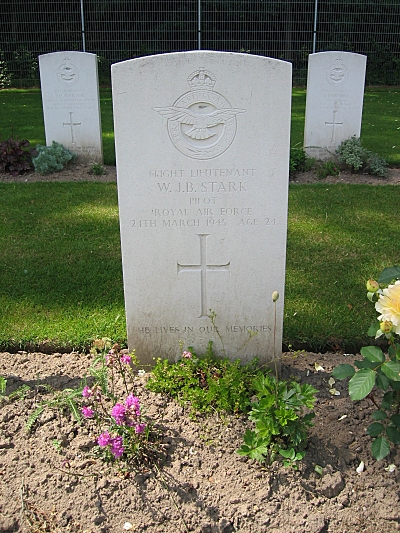 Possibly the aircraft was claimed by Major E. Rudorffer, II/JG7. 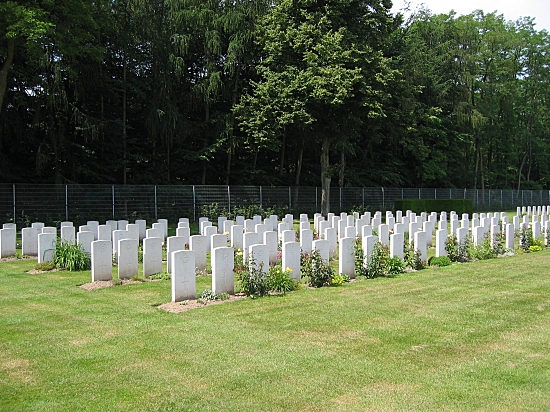