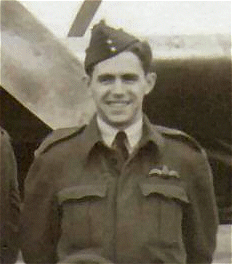 Angus Mackay was born on 12 July 1923 and raised in Glasgow. He joined the RAF in 1943 aged 20. He was sent to Canada to complete his flying training before being posted to operational duties as a fighter pilot over occupied Europe. First flying Typhoons, later Tempest Mk. Vs with 174 Squadron.

After the war he joined 16 Squadron at RAF Gatow in Germany as the Cold War was intensifying. On 18 March 1947, while flying over the Russian sector his Tempest fighter suffered engine failure seven or eight miles away from his base. He found one small open area in the extensive woodland, managed to land and escaped unscathed. When two men in the RAF “rescue” party arrived, they took photographs, grabbed the plane's secret gunsight and left Angus Mackay to be picked up by his CO.

He spent the last two years of his career flying Gloster Meteor jets at RAF Horsham, St Faith, which eventually became Norwich Airport. Mackay left the RAF in 1950. While in Norwich he met his wife Myra, nee Daniel. Upon leaving the RAF he set up the Bethel Press in Bethel Street. Through his business he was well known in the city, printing stationery for many of Norwich’s doctors and lawyers, as well as shoe and handbag manufacturers.

For 50 years the couple lived in Heath Crescent, off Cromer Road, Hellesdon. But when Myra died in 2000, Angus Mackay moved to live above his business in the city centre, where he worked until the age of 80. Angus Mackay was also chairman of the Hellesdon branch of the Conservative Party, chairman of the Norwich and District Aircrew Association and a welfare officer for the RAF Association. 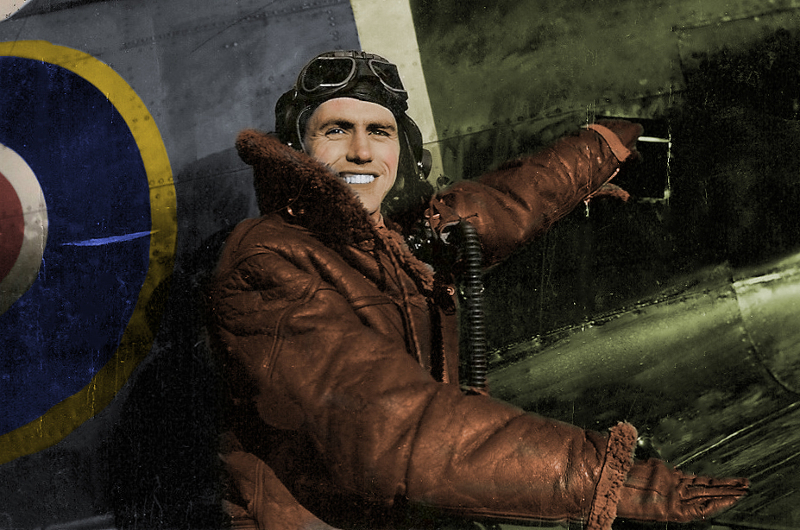 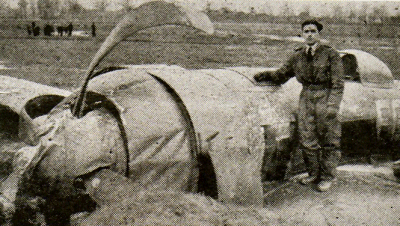 W/O Mackay and his crash landed Tempest Mk. II EG-S (PR853) at Kladow near Berlin. 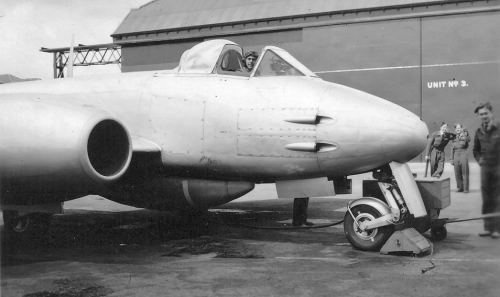 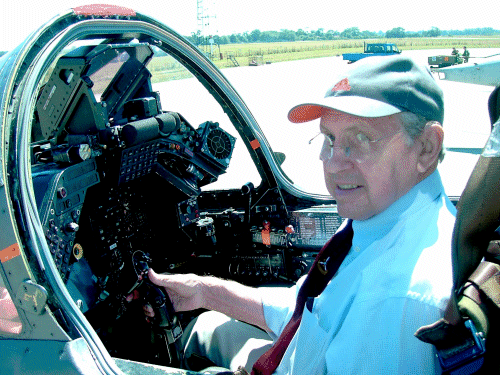 For an 80th birthday treat, Angus Mackay spent a “very memorable day” visiting one of his old squadrons, No 16,

then at RAF Coltishall, and spent time in a Jaguar and “flew” the simulator.