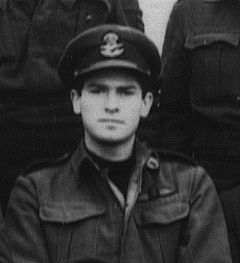 He repatriated to Canada on 22 July 1945 and was released on 3 October 1945 having flown two tours. He rejoined the RCAF in 1950 as a Flying Officer. He obtained Masters Degree in Aeronautical Engineering at USAF University, June 1963.