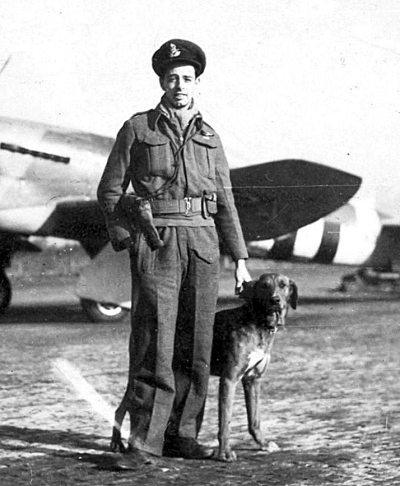 Flying Officer Robert "Bob" Cole (RAF No. 1822716) was trained to fly in USA 1942, at Eagle Field, California. He returned to UK to fly Typhoon IBs with No. 3 Squadron until late February 1944, when the unit converted to Tempest Mk. Vs. He shared his first V-1 with Wing Commander Roland Beamont on 16 June 1944.

On the continent during the autumn he shot down an Messerschmitt 262, receiving a DFC shortly afterwards, which was gazetted on 1 December 1944.

On 26 November, during a sweep in the Münster-Rheine area he strafed Rheine airfield, destroying a Bf109, but during a second pass his aircraft was shot down by Flak. He baled out, spending the remaining months of the war in Stalag Luft 1.