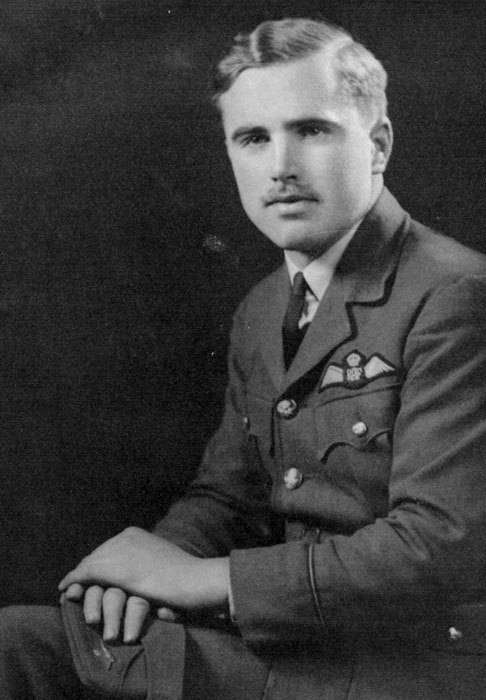 Richard Edgar Peter Brooker was born on 2 November 1918 in Chessington, Surrey. He joined the RAF in April 1937 and began his flying career with No. 56 Squadron at North Weald. Whilst with 56 squadron Brooker flew on operations throughout the Battle of Britain. On 13 July 1940 he destroyed a Ju 87 and on 21 August he destroyed a Do 17 but was shot down by return fire from the rear gunner in a Do 17 over East Anglia, at 18:15hrs. He was slightly injured during his force-landing in his HurricaneI (P3153).

In late summer 1940 he was posted to Central Gunnery School and in April 1941 was promoted to F/L and posted to No. 1 Squadron. He had more success with No. 1 squadron being credited with He111. Later in 1941 he was posted to the Far East and the command of No. 232 Squadron, being promoted to Squadron Leader. He escaped with a number of pilots in a Lodestar to Australia where he was ‘loaned’ to the RAAF and the command of No. 77 Squadron.

A short loan to the RNZAF commenced shortly after, commanding No. 14 Squadron flying Kittyhawks. He arrived back in the UK in February 1943 and in May 1944 he took over from W/C Wray as Wing Commander Flying of 123 Wing.

On his return to the UK on 10 April 1943, and with seven and a half enemy aircraft shot down, he was posted to command No 1. Specialised Low Attack Instructors School (S.L.I.A.S.) at RAF Milfield in Northumberland, as Wing Commander Flying, posted across the airfield as temporary Officer Commanding 59 O.T.U. Milfield, then joining Fighter Leader School (F.L.S.) as a Staff Instructor, O.C. Armament Wing.

Brooker took over 122 Wing in January 1945 and on 16 April he led No. 80 Squadron (flying B NV641) on an armed reconnaissance over Pritzwalk-Neuruppin area. Three Fw190s were encountered and the six Tempests gave chase. As they did so they were attacked by four or five more Fw190s. F/L Kilburn and F/L Prickett managed to shoot down one Fw190 each.

All but two Tempests returned to base. Brooker and Sgt Turner were missing. Nothing was known of their movements or fate other than a R/T call from Turner who reported his engine was cutting and he was returning to base. Turner's crash site was found after the war but Brooker's fate and resting place remain unknown. 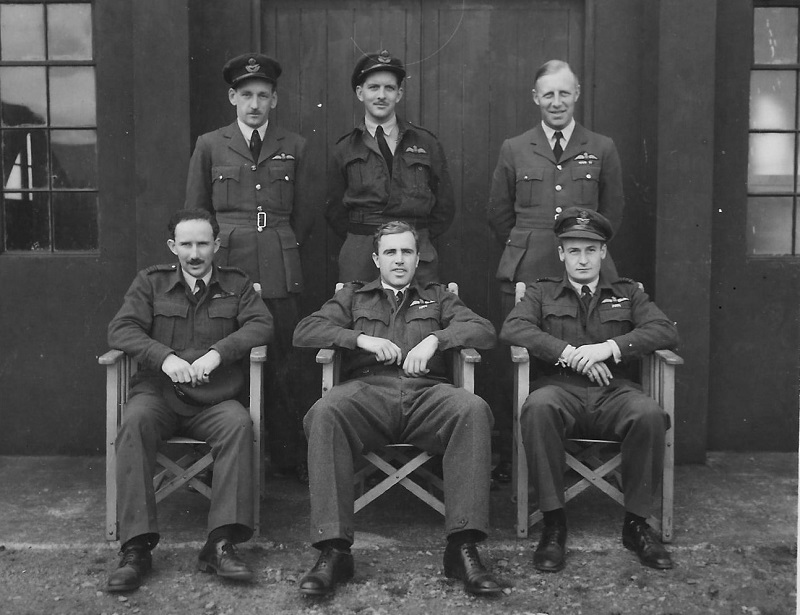 Photo taken at RAF Milfield, Brooker seated in the middle. 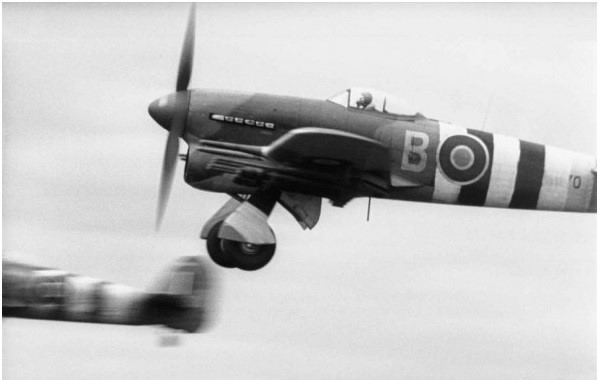 Brooker taking off from RAF Thorne Island in his Typhoon on D Day.