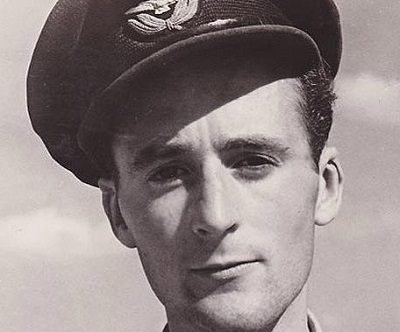 Neill Dudley Cox was born on 12 June 1923 at Weybridge, Surrey, and educated at Charterhouse. After a short course at Oxford, he enlisted in the RAF in March 1941 and trained as a pilot .

Posted to a Blenheim squadron, in May 1943 he set off from Cornwall to take an aircraft to the Middle East. He joined No 614 Squadron, flying coastal and convoy patrols off North Africa, before volunteering for No 39 Squadron and its Beaufighters. Cox had a brief period at Marrakesh, in January 1944, providing defensive patrols during the meeting of Roosevelt and Churchill at the Casablanca Conference.

No 39 Squadron then embarked on night operations attacking shipping, flying from Alghero, in north-west Sardinia. During an attack off St Tropez, Cox scored a direct hit with his rockets on a 2,000-ton merchant ship. The vessel exploded, and the flying debris damaged his Beaufighter; Cox managed to land safely before discovering a large hole in the aircraft’s floor just behind his cockpit. He was awarded a Bar to his DFC .

After a spell as ADC to the Air Officer Commanding the Mediterranean Allied Air Force, Cox returned to England and in the New Year of 1945 he arrived at a Spitfire training unit. On 14 February he was taxiing his aircraft to the runway. There was a strong wind blowing, but he was unaware that a WAAF flight mechanic was sitting on the tail of the Spitfire to reduce the risk of the aircraft tipping on its nose. When he received a green light to take off from the runway controller, he started his run. Encountering severe problems moving the elevators, he had great difficulty getting airborne; but he had managed to climb to 800ft before the strange shape on the tailplane was noticed from the ground. Unable to release the controls to bail out, he finally managed to complete a circuit and land his aircraft.

Cox returned to the flight line to see a very shaken, but uninjured, WAAF walking back from the runway. LACW Margaret Horton had clung to the tail of the Spitfire throughout the short flight, and it was the combination of her weight and her grip on the elevator which had caused the aircraft to misbehave. (The same Spitfire survives today and flies with the Battle of Britain Memorial Flight.)

In April 1945 Cox joined No. 56 Squadron to fly Hawker Tempest Mk. V, attacking trains and road convoys from airfields in the Netherlands and Germany.

When the war came to an end he collected captured German aircraft and flew them to Farnborough for technological evaluation. In July the next year he was released from the RAF.