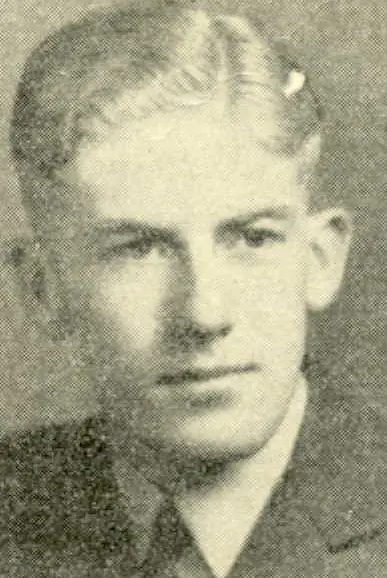 Gordon "Snowy" Loversidge Bonham served with 243 Squadron in Singapore during the initial Japanese assault on the area. On 18 January 1942 during an engagement with Japanese aircraft one of his knees was shattered by a bullet. But he managed to land his badley damaged Brewster Buffalo at Kallang airfield and was evacuated to New Zealand. On 28 April 1944 he was awarded a DFC for his Far Eastern service.

On recovery he was posted to the UK to serve with Fighter Interception Unit (FIU) during the summer of 1944 flying Tempests. During July 1944 when 501 Squadron was reformed with FIU Tempest pilots he was one of those joining the unit. On 27 August he brought down four V-1s, three of them by tipping off balance with the wingtip of his Tempest after ammunition had been expended.

Late on 25 September 1944 Bonham scrambled in SD-L (EJ590) from Manston in bad weather, later radioed that he had a compass fault and was returning to base. Sadly he crashed in Essex and was killed.