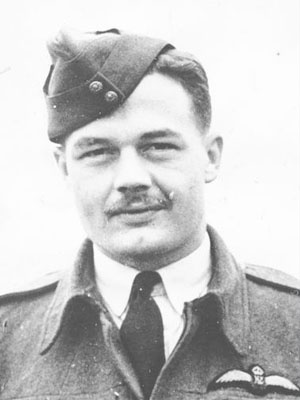 James Hugh " Black Mac" McCaw (RNZAF no. 414311) was born in Oamaru, New Zealand, in 1919 and grew up on the family farm in the Hakataramea Valley. He completed his Dip Ag at Lincoln and joined the Air Force, training at Taieri in September 1941. He spent time in Wigram and deployed in May 1942..

He joined No. 486 Squadron in August 1942, flying Hurricanes, Typhoons and finally Tempests. He stayed with the unit until August 1944. He was promoted flight commander in January 1944, achieving considerable success against V-1s during the summer. He was awarded a DFC on 8 August 1944 and was then posted to Napiers as a test pilot, subsequently receiving promotion to Squadron Leader.

After the war Jim returned to farming in the Hakataramea, married local girl Cathy Trotter, with whom he fathered a gliding dynasty. Jim and Cathy eventually retired to Wanaka where Jim was actively involved with the Fighter Pilots Museum. 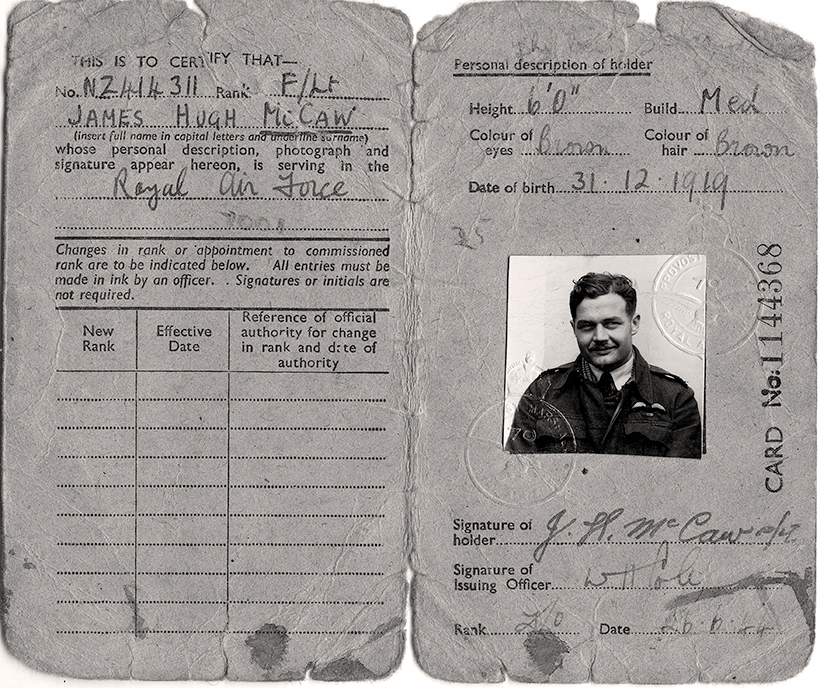 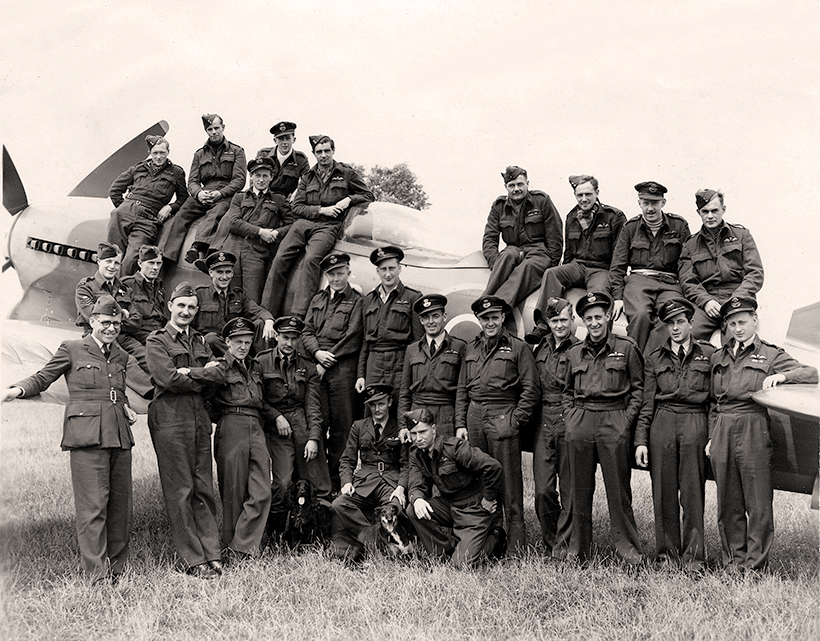 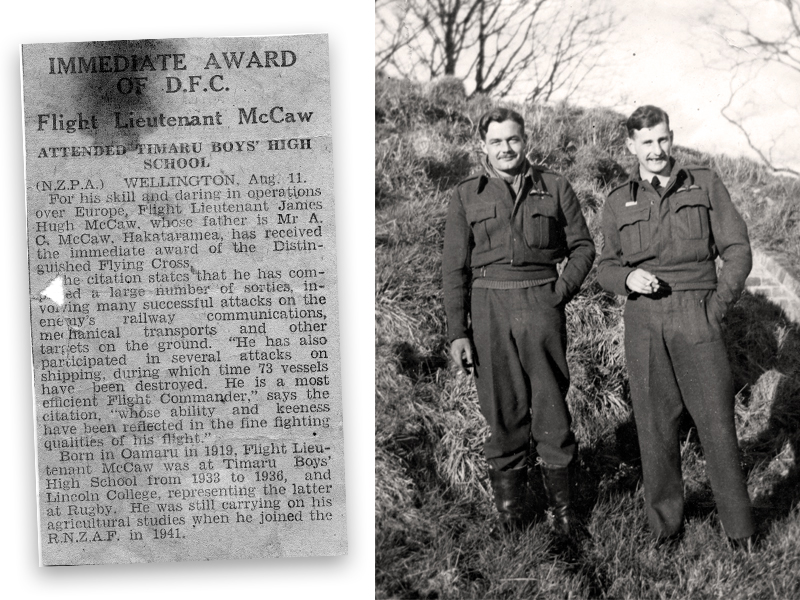