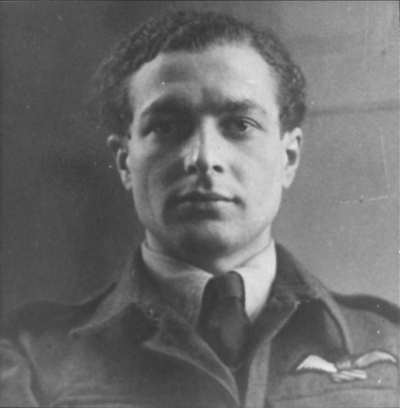 Robert "Bob" Edward Barckley (RAF No. 138650) was first a soldier in the BEF, then joining RAF and flew Hurricane, Typhoon and Tempest with No. 3 Squadron. He was shot down in his Typhoon while on a "Rhubarb" over Belgium on 2 June 1943. He was picked up by the Comet Line and he successfully evaded via south west France, Madrid and Gibraltar - returning to 3 Squadron on 25 August 1943 where he continued flying the Typhoon.

He subsequently went on to fly the Tempest and he was credited with destroying 12½ V1s between 18 June and 29 August 1944.