These are four Tempest paintings sold by Hansen Fine Art.

Please visit Hansen Fine Art's website for details how to order them and many other beautiful paintings!: 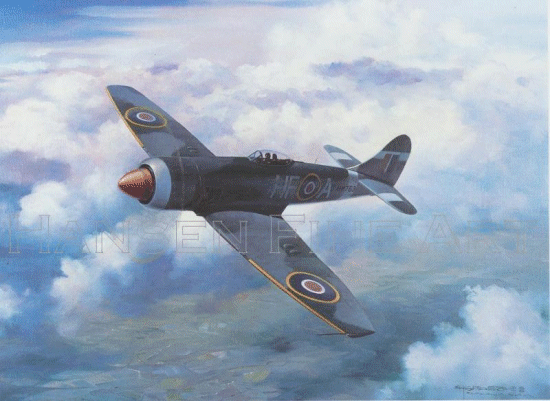 When Hawker’s undertook the development of a larger, faster interceptor to replace the Typhoon, two different power-plants were chosen. The first were later variants of the Napier Sabre, as used on the Typhoon and the new Bristol Centaurus radial. While the Sabre powered Mk.V was to see war-service, the Mk.II, which entered service after it was much preferred by pilots due to its gentler handling, smoother acceleration and quieter cockpit. This aircraft comes from 54 squadron, which re-equipped with the aircraft in November 1945 and was one of only two squadrons to use the type in the U.K. Development would be swift though, as the final and ultimate Hawker piston-engined fighter was then in development, the Hawker Sea Fury. 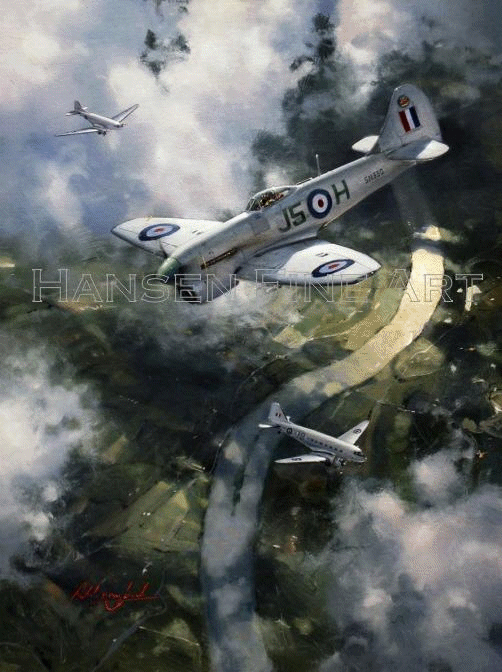 Hawker Tempest V of 3 Squadron RAF over Germany in 1947. 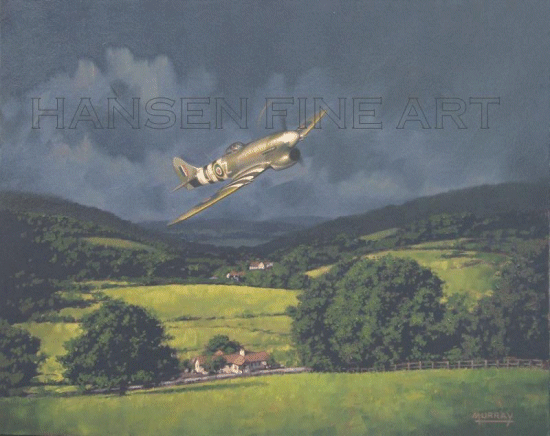 In a scene repeated many times during the war an RAF pilot 'buzzes' through the English countryside. Though frowned upon , for many young pilots it was an initiation. Here it is a Tempest pilot from 3 Squadron of the Newchurch Wing, led by the redoutable Roland Beamont. Beaumont would have 'chewed out' the pilot in question if found out! 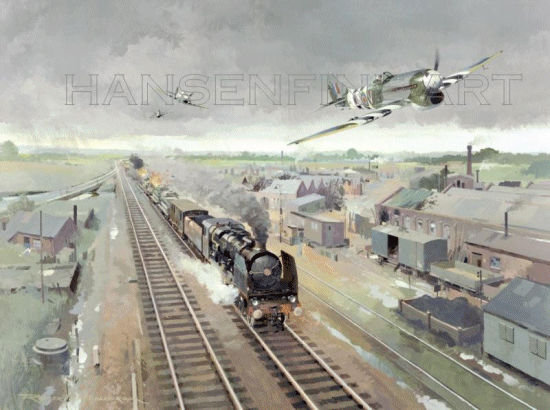 In the mid months of 1944 the RAF mounted an all-out offensive against German lines of communication. This operation included many squadrons from both 2nd Tactical Air Force and the Air Defence of Great Britain. Here Tempests from 3 Squadron of the Newchurch Wing attack railway targets in France. The Tempest would do few sorties like this, with its Hawker stablemate, the Typhoon being used for most of this work.