PILOT was a comic in Sweden during the 1970s and 1980s for kids/teenagers interested in aviation. In exciting adventures we followed heroic pilots, from World War I to present day. Most loved were of course the pilots of World War 2, like Paddy Payne and Battler Britton. Below are some frames from PILOT 3-1976 with a story named "Jakt efter hämnd" (Looking for revenge). In the starring role Hawker Tempests!! Thanks Johan Svennberg for the scans! 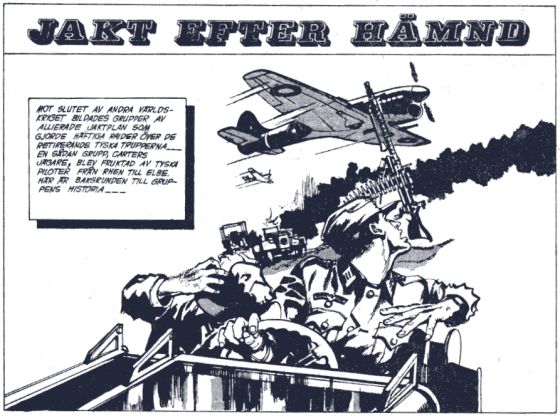