On 25 March 1945 Tempest Mk.Vs from No. 486 Squadron were strafing eight Fi156s on a grass strip near Grave, Netherlands. Flying Officer William Kalka and his Tempest was hit by flak. He bailed out but fell into the River Maas, 3 miles from Grave. Despite heroic efforts of a young Dutch girl (Riet Jansen, Nijmegan) to save him Kalka drowned..

Kalka's Tempest SA-A (NV981) was found in 2000 and in April 2004 the aircraft was recovered by a team in the Netherlands. On 19 September 2019 a memorial was unveiled at the site where Kalka drowned. In attendance were among others Tony Masters (Commander of New Zealand, defence staff) , Kerry Gillam-O'Connorals (First Secretary at New Zealand ambassy in Haag), Mayor of Wijchen Hans Verheijen, Nicole Janssen and Margie Hopper (Riet Jansen's daughter). 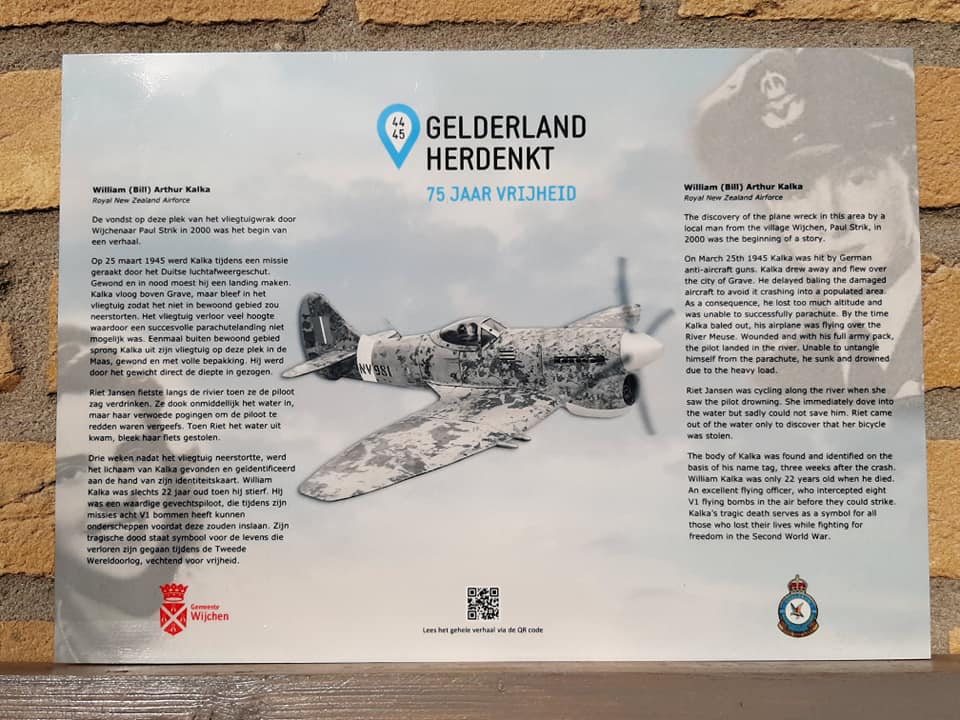