I thought you might like to see the enclosed Tempest photos. I have been examining some old negatives taken by the late Gerald Lawrence.

The pics are probably too poor to use, but if you do, please credit to Gerald Lawrence via Tony Clarke. It is a collaborative effort by Tony and myself to get the photos onto my Flickr page at: https://www.flickr.com/photos/dwhitworth/

Thanks for sharing David! And a photo of a Tempest can never be too poor! 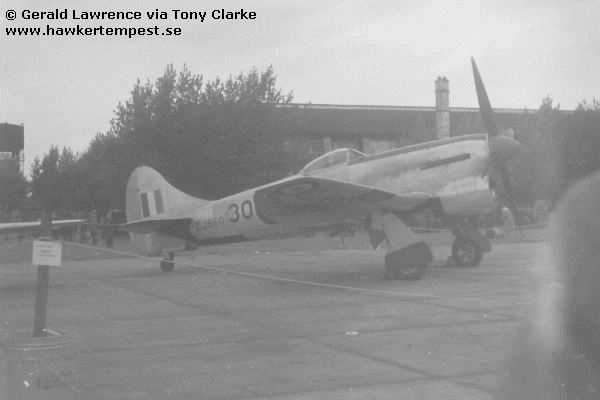 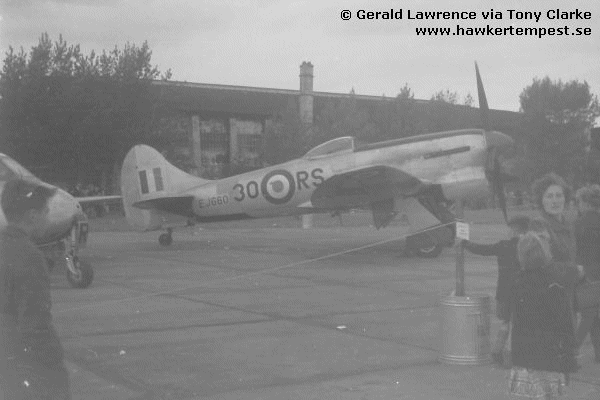 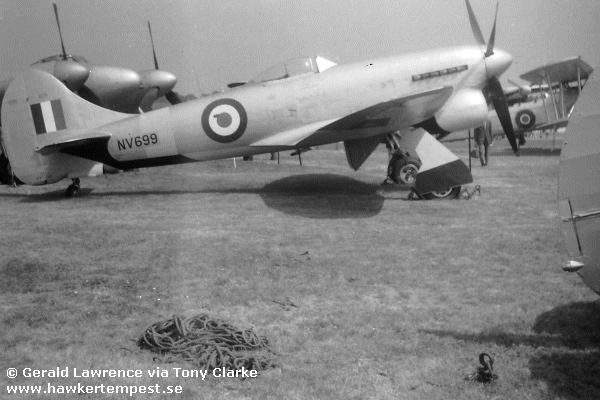 NV768 at Luton Flying Club Open Day on 22 July 1951. NV768 was one of two Tempests built with an annular radiator, in an effort to streamline the aircraft. Read more here. 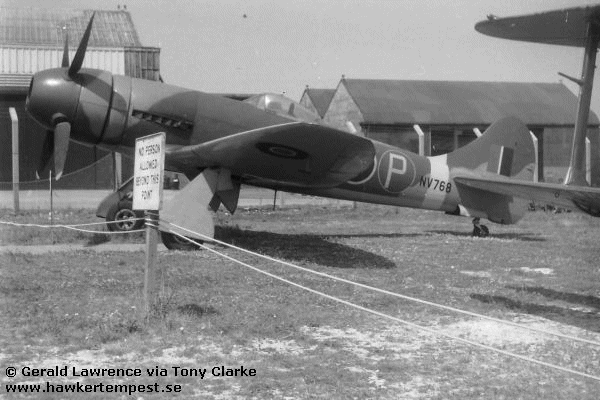