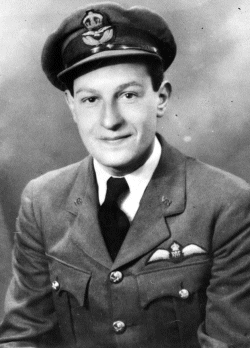 Kenneth Wigglesworth served as a Sgt Pilot in 3 Squadron, which in 1941-2 was involved in night intruder sorties over Western Europe with Hurricanes.

On 29 October 1943 the citation for the award of a DFC was published in the London Gazette on 29 October 1943, at which time he was listed as being an Acting Flight Lieutenant with 32 Squadron. This unit had been serving in North-West Africa with the Allied Coastal Air Force, undertaking coastal patrols and shipping escorts.

By June 1944 he was a Flt Lt with 56 Squadron which was just in the midst of converting to Tempests.  With this unit he claimed 2 1/2 V-1 flying bombs.

In August he took command of 3 Squadron in the same Wing at Newchurch. In the early morning on 13 September 1944 during a ground attack sortie on a V-2 site in Holland, his Tempest JN818 was hit, and crashed near Den Haag. He was killed, and was buried in The Hague General Cemetery. 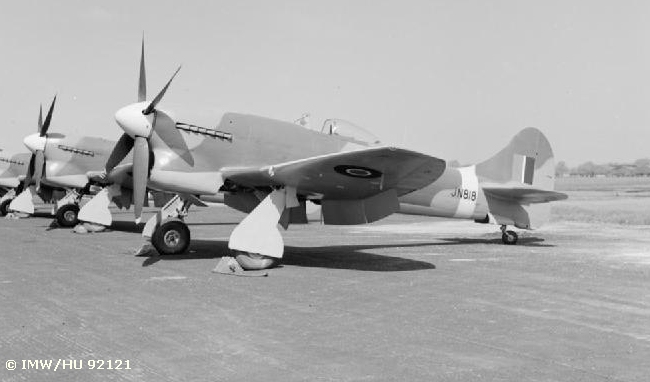 JN818 in which Kenneth Wigglesworth was killed on 13 September 1944.