I built my Brian Taylor Tempest over a period of three years in the beginning of the 1990s. As I remember there were no major problems, just a lot of parts to cut. This was my first Tempest model, and I did of course the BIG mistake: I BUILT IT SOOO TAIL-HEAVY! The final weight was 11,5 lbs including the lead in the nose. The strange thing was that it flew so well. The OS61FSR was power enough for scale-like flying and the only problem was the landing. I built the model without flaps so it was difficult to slow it down.

On the "final flight" the engine was running a little rich and I flew with landing-gear doors on for the first time. This combination slowed the speed down during the landing with catastrophic results. At 5 feet altitude the Tempest just fell out of the sky! The wing was broken, but the fuselage was intact. The question was if I should build a new wing. But I understood the problem was in the heavy fuselage, so my Tempest never flew again. In my opinion this a great flying "mid-size" Tempest IF you pay attention to weight. 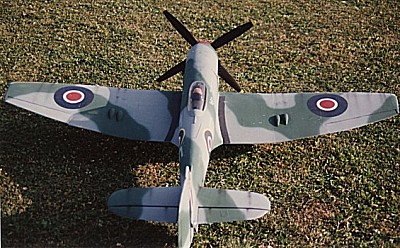 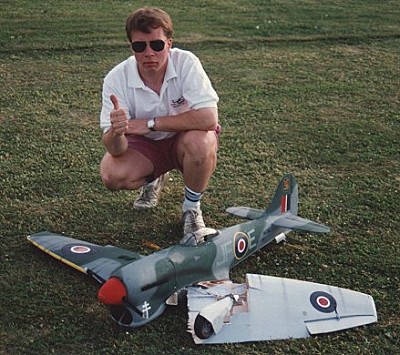